AWS (Amazon Web Services) recently introduced a new feature to the CodeBuild service called Test Reports. In a nutshell it enables developers and testers to see a summary of their automated tests which are executed in AWS CodeBuild. Additional stats and metadata about the CodeBuild run is also available.

Getting setup is fairly straight forward. There is a requirement that your test runner outputs the test results in a JUnit XML or Cucumber JSON formatted file. Once you have the generated file in the correct format you just need to add the following to your buildspec.yml file. Note that the indentation is at the front of the file, so it’s not a step in the phases section of the buildspec file, rather in its own section at the end.

In the above instance, I have chosen to point the reporter tool to a file called junit.xml in the root of the directory and opted to discard paths.

With the generated output the reporting tool generated a nice looking report as pictured below: 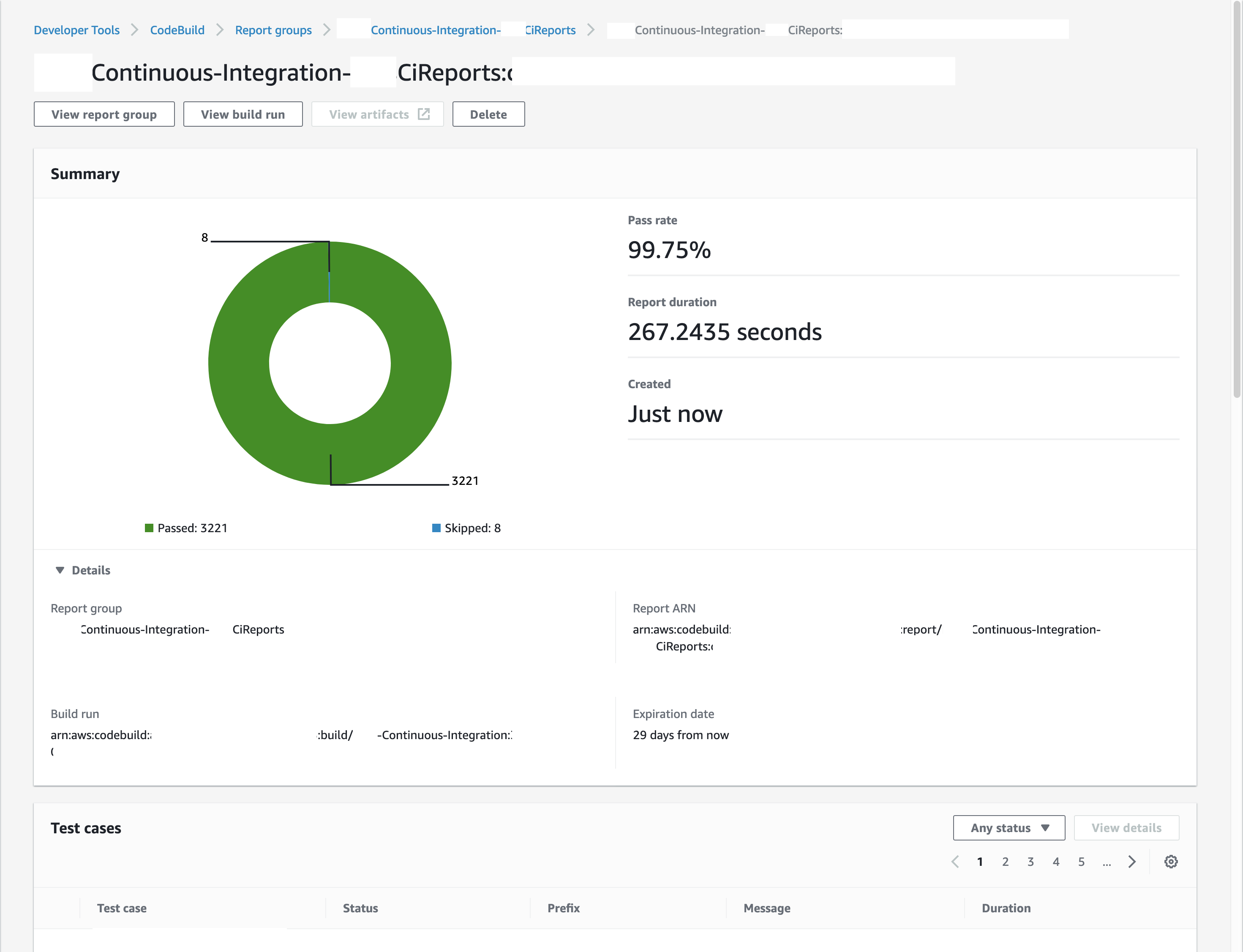 As can be seen from the above image, there’s some indication around pass rates, how long the tests took to run, as well as a test stat for each of the tests that ran in the execution around time to run the spec etc (not pictured). In the case above, there are 3,221 tests that were executed in about four and a half minutes of which 8 were skipped meaning an overall 99.75% pass rate. 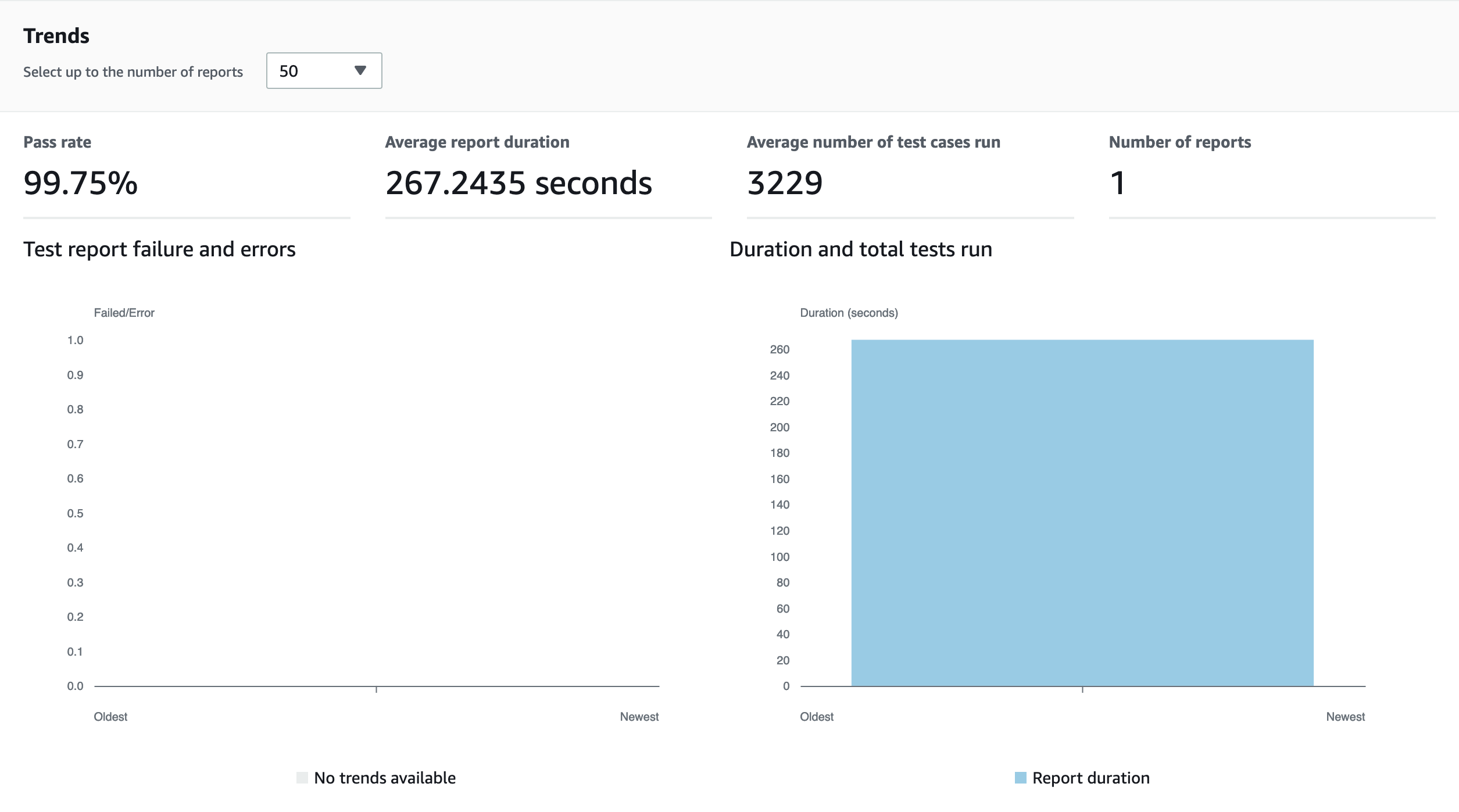 This screen shows us trends of current and previous reports and how it’s tracking. It shows failures as well as passes and unknowns, which is what I presume is when the interpreter didn’t get a result it was expecting.

This sounds great and I want it

Give me all the graphs and delicious reporting tools now!

So, you’re sold!? Excellent luckily it’s pretty straightforward to setup and get going. If you’ve already got the reports bit setup in your buildspec, as I outlined above, then all you need to do is setup the required IAM policies for your CodeBuild instance. Here’s some handy CloudFormation you may find useful: