If it looks like you have seen this article somewhere before, that is not accidental. They say imitation is the sincerest form of flattery (or maybe it just lacks imagination).

We have been using Example Mapping, developed by Matt Wynne, for some time now to develop our BDD stories and it’s a really effective technique to help drive focussed discussions. If you aren’t doing it, then I suggest you start – even if you aren’t doing BDD.

Infrastructure Mapping takes the technique and applies it to DevOps when discussing the design of infrastructure.

The process starts with an initial sketch of the physical architecture we wish to produce: 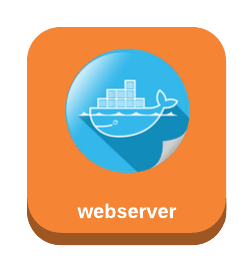 For each server in the architecture, we write out a yellow index card as the context. A context is a location from where you can make observations and run tests. At this point, we also write out yellow cards for additional contexts that we can spot at this point - e.g. “I am connecting externally” to consider someone connecting from outside the infrastructure, such as an end user.

Starting with the external context, we often start by asking questions:

These questions enable us to explore the rules and examples for that context.

Once we feel we have a clear understanding for the context under review, we move on to consider each context in turn.

Like Example Mapping for BDD stories, Infrastructure Mapping provides structure and focus to what can often become long winded, rambling discussions. It gives us a visual approach to see the work ahead, and a simple way to partition the work and defer rules/examples until later.

It creates a feedback loop: as we discuss the infrastructure, this will raise questions and highlight examples which in turn lead to tweaking the diagram. 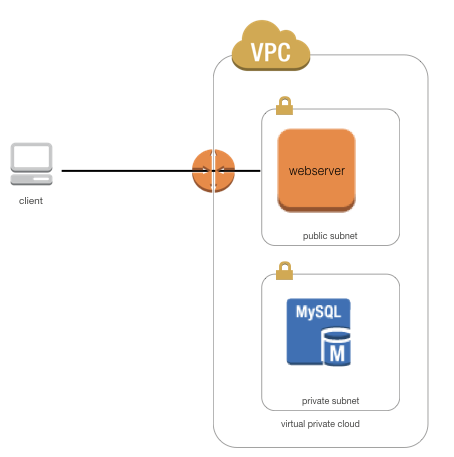 Example Mapping does not prescribe the conversations around the rules and examples. Rather it helps structure those conversations to aid deliberate discovery and drive out the unknown unknowns.

Infrastructure Mapping on the other hand can benefit from a structured approach. The stuff that you need to consider is consistent from one context to the next. As such, we have started to capture the contexts and rules we use to help focus discussion.

Context is considering the point of view from which you want to carry out observations. Servers should be partitioned into roles to highlight common function. Every role in the infrastructure should have a context. If you are logged onto the server, what can you see? Some servers may have multiple roles. For example, when starting out, you may choose to host your web server and database on the same machine. These are separate roles that you will probably want to separate out later on.

In addition, the following contexts may apply:

Rules around Infrastructure Mapping can be grouped into categories that are applicable across most contexts. Capture and maintain a list of categories to structure the conversation. We have found it useful to keep blue cards with the rules on and re-use them across sessions. During an infrastructure mapping session, review each category; decide whether it is relevant and discuss examples and rules around it if necessary.

We use the following tags:

At the end of an Infrastructure Mapping session, you will have a collection of examples and rules for each context identified. As well as a set of questions that require further analysis. This gives you an overall picture of the work lying ahead. 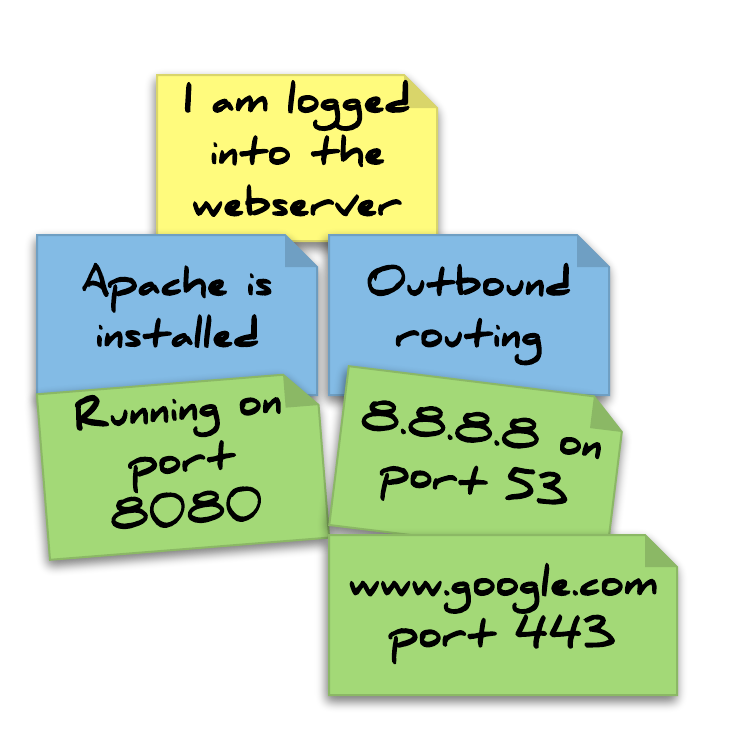 These can be used for estimation, as well as partitioning the cards into work items for incremental delivery, in the same way as you would for Example Mapping. But the cards are a transitory medium. The primary goal is to transform the cards into executable specifications.

We use Serverspec for capturing our executable specs, and the context, rules and examples map directly to the various server spec directives. 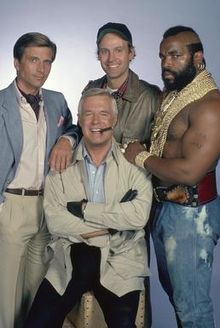 Matt Wynne suggests 25 minutes for an Example Mapping session. When Infrastructure Mapping, we tend to be a bit more generous but that’s because we are mapping out a number of contexts within a single session.

In general, it should be possible to map out a single context in about 5-10 minutes. And an entire infrastructure design in an hour or so.

We retro after each context to decide whether to continue the session or stop based on answering two questions:

Systems are getting more complex. Understanding complex architectures is hard. Infrastructure Mapping provides a structured approach to break down the complexity of infrastructure into small manageable chunks.

Remember that like application architecture, the infrastructure should continually evolve. Spend enough time in a single Infrastructure Mapping session to identify a clear understanding for the short term. Subsequent sessions will refine it.