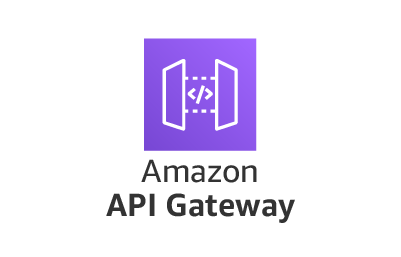 In a previous installment, we investigated converting over the HTTP API we had built to a REST API. In doing so, we switched out the persistence layer to DynamoDB, and moved to VTL-based service integrations over lambdas. We also used IAM authorization instead of using JWTs. We used Postman to test our API because it is easy way to set up Authorization headers that are compatible with IAM authorization. In previous installments though, I showed how to set up generate client code from our OpenAPI definition, and then apply the JWT to the header. This allowed us to write tests in javascript that could be used for end-to-end testing of the API. Can we do the same when using IAM Authorization? Of course we can! Let’s see how!

All code for this tutorial is available here. It may help to go over the client tool generation section that I wrote previously.

IAM Authorization uses a different method to validate that requests are authorized, and it is called AWS Signature V4. It is a special signature that is applied to a request in the Authorization header. The signature contains information about the request itself, and is signed with an access key and secret of the user making the request. This is in contrast to a JWT, which only signs claims that are asserted by the authorization server and does not contain any information about the particular request that is being sent.

This consists of several parts.

That brings us to the next point - the canonical string. The canonical string is an encapsulation of the request, into a single string, which is then hashed. That has is signed by the secret access key. When you request is sent, AWS will attempt to reconstruct this string, sign it, and then compare signatures. If the signatures match, AWS determines that request is valid, and can then apply futher checks (e.g. IAM Policy).

It contains a few things

Additional information about constructing a canonical request is available here.

A hash is then calculated on the canonical request, and a signature is calculated by signing this with the secret access key. This is then included as the signature in the Authorization header.

That’s all well and good, but how can we practically use that in a client? In an earlier installment we pre-generated a client that uses a node library, Axios, to send the request. Adding a header that doesn’t depend on the content, like a JWT, is fairly easy. How can we do it in this scenario, without having to write signature calculation code every time we want to send a request?

The answer is pretty easy - most good HTTP client libraries will provide some way to intercept requests before they are sent off, and responses before they are received. Axios providers ‘intercepters’ which can transform the request before it is sent to the server. Michael Hart has written a library to perform the hard work of constructing the signature, so all we have to do is create an interceptor to do the work.

What follows is an excerpt.

A Comparison with JWT Authorizers

The downside is that this method is limited to AWS. If you were to port the API to another provider you would need to implement another authorization method. You also need to aquire the credentials in the first place. Embedding credentials in an application is usually not a good idea - so most applications will use cognito federation, to enable clients to exchange a JWT from an Identity Provider for AWS Access Tokens. So even if you do decide to use IAM Authorization for your API, for a public API you will likely still end up with a JWT somewhere. I personally believe that it is worth it, given how powerful and flexible IAM policies can be (that being said, new HTTP APIs do not have support for IAM authorization). The addition of session tags and scope propogation to Cognito would also offer flexible ways to control access to protected resources, but we might be waiting awhile.

The previous installment showed how to create a REST API with IAM Authorization, but didn’t show how IAM authorization worked. We’ve fixed that now by introducing the AWS Signature V4 signing process. We showed how the signature in this process is created, and how it is used in the Authorization header of a HTTP request in order to authorize requests to protected resources on AWS. We showed how to implement the process in generated client code, by showing how to write a request interceptor in Axios using the aws4 node library. Finally, we compared the AWS Sig V4 method with JWTs.

Serverless is More Contact Mechanical Rock to Get Started!